How to grade a yard for proper drainage

The land around every house should be graded to protect the foundation from water damage. Here's how to grade a yard. I used to own a house.. 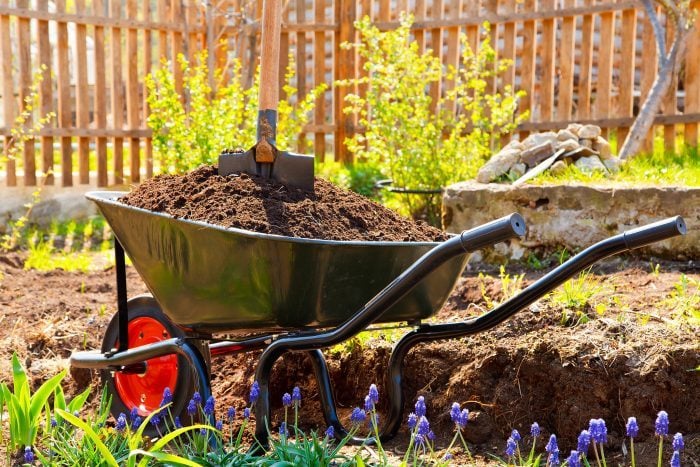 The land around every house should be graded to protect the foundation from water damage. Here's how to grade a yard.

I used to own a house at the base of a hill, and that side frequently flooded during the heavy rains that now seem to be part of a bygone era in California.

To correct the situation, workers removed all the foundation plants and shrubbery, then deposited and spread a healthy amount of new soil. That, plus a new drainage system, finally dried out my persistently damp and moldy crawl space.

If you’ve noticed water pooling near your foundation or seeping into your basement or crawl space, you may need to regrade that area to promote runoff away from your home. Recently-built homes are less likely to experience this problem because builders grade before they start. But given enough time, soil can shift and lose that all-important slope.

It doesn’t take much for this issue to develop. Failure to clean gutters regularly can cause them to overflow and erode the soil around the foundation drip by drip. Sometimes, as with my old home, the problem originates some distance away from the foundation, where rain runoff erodes a path toward the house. Grading goes a long way toward correcting the problem, but sometimes you need to do more.

What Is Yard Grading?

Yard grading means adjusting the slope of the land to control water flow. You grade around a house to protect the foundation. But you can also grade other parts of the yard to control erosion and create more suitable growing conditions for plants.

When grading around a building, the downward slope should be at least one inch per foot, maintained for at least 10 feet beyond the foundation. Depending on soil conditions and the lay of the land, a landscaping professional may recommend a steeper slope. But it normally doesn’t exceed three inches per foot.

Is Yard Grading the Same as Yard Leveling?

Landscapers tend to use the words “grading” and “leveling” interchangeably, but they don’t mean the same thing.

Leveling means filling divots and holes and flattening hills to create a level surface. It’s especially important for properties with lawns. Irregularities in the surface can make water pool in some places and run off in others, resulting in clumpy, hard-to-mow grass.

There are several ways to level a yard. Depending on the extent of the damage, you can spot-fill holes, drop new fill dirt and flatten it with a board or tiller.

There’s really only one way to grade, though — deposit dirt at what will be the high end of a slope, then spread it to make the slope. Some grading may be involved when you’re leveling a yard and vice versa, which is why the terms may be confused.

How Does Yard Grading Improve Drainage?

The first rule of landscaping (and plumbing, too, for that matter) is this: Water runs downhill. Grading takes advantage of gravity to prevent water from pooling around a foundation, soaking into the ground and seeping through.

By promoting runoff away from the house, grading also provides these benefits:

While maintaining the grade around your house is important, it isn’t always enough. If it’s impractical to make a steep enough slope, water from surrounding hills might still reach the foundation.

It may also be necessary, as with my previous home, to install a perimeter drain. This is usually an underground (French) drain that directs water to a suitable runoff point away from the house.

Is Yard Grading a DIY Project?

Grading involves two steps: Measuring the existing grade, then moving dirt to make the grade steeper or change its direction. The dirt can scraped from the bottom of the slope to the top, or trucked in.

Anyone can measure the slope with two wood stakes, a string, a line level and a tape measure. Moving dirt is a different story. The feasibility of DIY depends on the amount of dirt.

Large grading jobs are best left to professional landscapers with earth-moving equipment. Smaller jobs, like correcting the grade from one wall of a building, are often doable by one or two people with wheelbarrows, shovels and rakes.

How To Grade a Yard for Proper Drainage

Before you start, measure the existing grade to determine how much earth you need to move and where to take it from. There’s more than one way to measure grade. But when grading around a house, all you need are stakes and string.

Pound in one stake next to the foundation and another at least 10 feet away. Tie a tight string to the stakes at the same distance from the ground, set a line level on the string and note the bubble.

If it’s centered or tipping away from the house, move up the string on the stake near the house until at least half the bubble crosses the line on the side of the level facing the house. Measure how far you moved the string. That should be the difference between the top and bottom of the new slope.

Using the string as a reference, transfer dirt from the bottom of the slope to the top, or bring in new dirt and distribute it along the slope. Keep adding until the level of the dirt is equidistant from the string along the entire slope.

Don’t use sandy soil; a mixture of silt and clay is ideal. It will compact enough to prevent water from soaking through.

Chris Deziel
Chris Deziel has been active in the building trades for more than 30 years. He helped build a small city in the Oregon desert from the ground up and helped establish two landscaping companies. He has worked as a carpenter, plumber and furniture refinisher. Deziel has been writing DIY articles since 2010 and has worked as an online consultant, most recently with Home Depot's Pro Referral service. His work has been published on Landlordology, Apartments.com and Hunker. Deziel has also published science content and is an avid musician.

Did you miss our previous article...
https://247healthdaily.com/living/what-types-of-ev-chargers-are-best