We can always tell it’s Medicare enrollment season when our mailbox begins to fill with more pitches for Advantage plans than those from our local.. 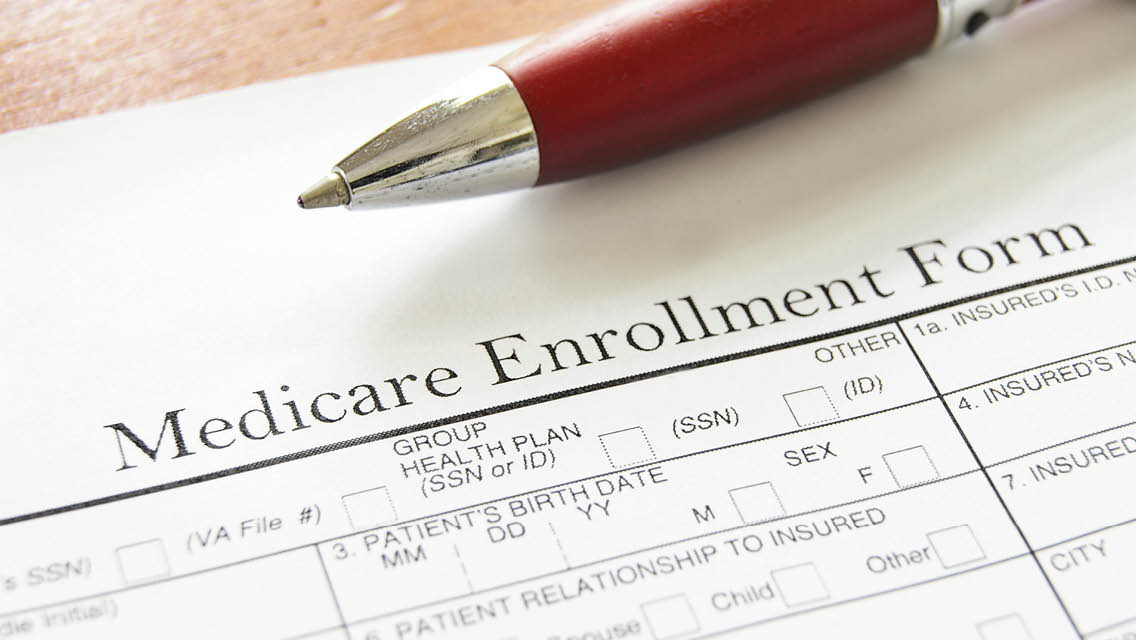 We can always tell it’s Medicare enrollment season when our mailbox begins to fill with more pitches for Advantage plans than those from our local mortuaries. Each mailer boasts more expansive coverage — dental! vision! hearing! — than its competitors, urging us to compare benefits among the dozens of plans available in our region. But, as any senior who’s actually wandered into that morass of insurance jargon with the intention of making some enlightened choices will tell you, it’s not a particularly productive enterprise.

That’s probably why only three in 10 Medicare beneficiaries went to the trouble of shopping around in 2020, according to a Kaiser Family Foundation survey. And the vast majority, like My Lovely Wife and me, opt to stick with their current plan rather than venture into the unknown. Although we may be missing out on some price breaks or beneficial coverage options tucked into the fine print of a competing plan, our steadfastness may at least save us from falling victim to the army of scam artists that emerge each year at this time.

A Congressional report released earlier this month offers a picture of how insurance companies and brokers exaggerate the benefits of their plans while trying to hook new clients. Many Ohio seniors, for instance, found official-looking federal government documents in their mailbox last fall telling them they’d see a boost in their monthly Social Security check if they signed up for a particular Advantage plan. Meanwhile, a popular TV ad featuring a former pro football star also promised seniors a hike in their Social Security pay while withholding the fact that the plan’s benefits vary by ZIP code and that those who join may unknowingly face higher out-of-pocket costs because some providers are not in the appropriate network.

The Centers for Medicare and Medicaid Services (CMS) has reported a spike in complaints about this sort of deceptive marketing this year — continuing a trend that alarmed officials in 2021. The agency received nearly 40,000 such complaints last year, up from 15,000 in 2020 In response, CMS is now requiring insurance agents and brokers to record enrollment conversations, so regulators can review them if someone lodges a complaint.

“It is unacceptable for this magnitude of fraudsters and scam artists to be running amok in Medicare,” Senate Finance Committee chairman Ron Wyden (D-Ore.) tells the Associated Press. “And I will be working closely with CMS to ensure this dramatic increase in marketing complaints is addressed.”

I wish Senator Wyden good luck, though I suspect problems within the CMS itself may pose some obstacles. For all its well-intentioned regulatory power, the agency is often no match for the health-insurance industry’s ability to game the system — and confuse consumers.

One of the easiest ways for consumers to evaluate the quality of a Medicare Advantage plan is to log on to the CMS’s website and check out its Star Ratings. Just pick a plan with four or five stars and you should be well served, right?

Turns out, it’s not quite that simple.

In 2012, two years after Congress passed the Affordable Care Act, which enabled CMS to create a quality bonus program (QBP) to reward insurance companies that received four or five stars on the agency’s rating scale, only about three in 10 Medicare beneficiaries belonged to high-ranking plans. By 2020, that number had risen to more than eight in 10. That may sound like the industry had made massive improvements in quality of care over the years, but as Joan Teno, MD, and Claire Ankuda, MD, MPH, explain in JAMA Forum, it has more to do with corporate maneuvering — and CMS complacency.

“This striking change in the share of recipients in plans receiving a bonus was not from improvements in the quality of care, but from policies that allow Medicare Advantage plans to consolidate contracts and merge lower-rated Medicare Advantage plans with contracts of plans that have higher ratings,” they write. “The Medicare Payment Advisory Committee (Med-PAC) estimates that as a result of contract consolidation, 37 percent of Medicare beneficiaries were “upcoded” from contracts with plans that had a rating lower than four stars to having a plan with a rating of four or five stars.”

CMS doesn’t regulate any of this consolidation activity, Teno and Ankuda explain, nor has the agency shown any inclination to respond to the confusion it has caused by clarifying its ratings system. So, it will probably fall to Congress to make appropriate adjustments. “Given the growth of Medicare Advantage, the need for Congress to create a process to review and update the QBP program for Medicare Advantage plans is urgent,” they argue. “The current system for rating the quality of Medicare Advantage plans does not allow consumers to make meaningful comparisons.”

While we wait for the folks on Capitol Hill to wade into this administrative slough, the Medicare enrollment season rolls along. It’s the one season whose arrival I tend to lament. It’s not that I’m averse to change; it’s just that when it comes to an Advantage plan, there’s nothing wrong with sticking with the status quo.

Did you miss our previous article...
https://247healthdaily.com/health/can-a-cbd-massage-help-me-sleep-better