What makes pro golf great? Strife, disbelief, the journey. All of the tough stuff

Keegan Bradley looks off during the final round of the U.S. Open at Brookline this summer. .. 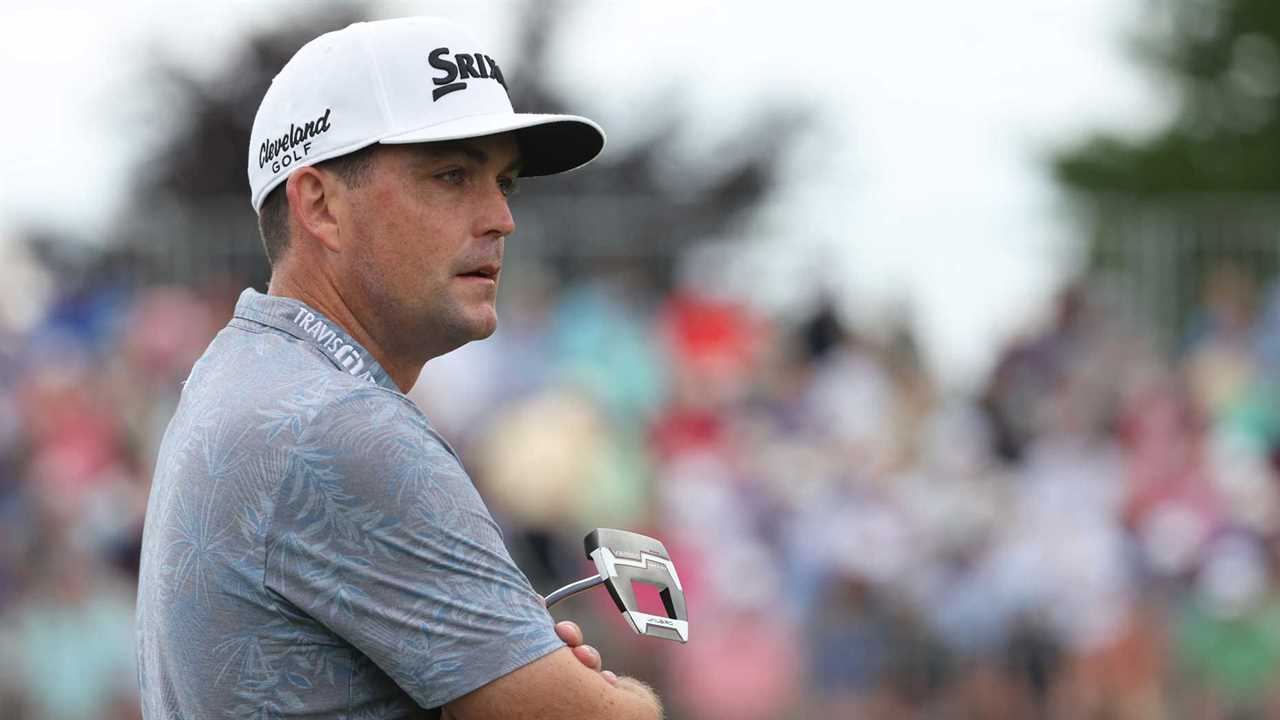 Keegan Bradley looks off during the final round of the U.S. Open at Brookline this summer.

Harold Varner sauntered into the media center about a month ago at LIV Golf: Miami. A day earlier he was in this same room cracking jokes, but now he was pissed.

Varner had just beaten the blocks off Brooks Koepka but his team didn’t advance in the year-end team championship, and from where Varner could see, his teammate James Piot hung his head when he got down early in a match against Peter Uihlein. “I didn’t really like how Piot handled himself,” Varner said, staring off to the side. “I think no matter if you’re losing, you keep your head up and just take it on the chin.”

“They just need to know that it’s not all s—ts and giggles,” Varner would say a minute later. “It’s going to be different if you’re not out here.” 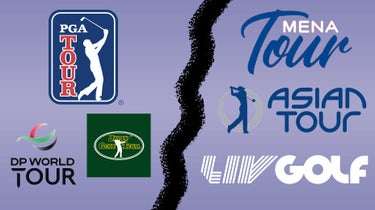 A global hierarchy of golf tours is forming. Here’s what it looks like

These were not only the most interesting comments made that entire week, they were illustrative of what pro golf needs at its core: strife, discomfort, disbelief and complication. Look at Varner’s last sentence. It’s going to be different if you’re not out here. He’s right. LIV Golf has mostly been sunshine and rainbows (or s—ts and giggles) outside of its press conferences, but pro golf at large is filled with cloudy days. That’s what makes it special.

It’s been nearly a full year now trying to understand the inspirations, determinations and purposes of pro golfers and how all of that relates to us, the fans who watch them. How many times have you talked about the latest LIV Golf news with friends? We’ve sat through months of press conferences just like Rory McIlroy has, wondering the same things he’s wondered in front of the mic. Is this all just an entertainment product? Foreign entities have endeavored to answer that question with promises of louder, better, shorter, more rewarding, more marketable, more…teams! It’s a spunky effort, to be sure. But which of those calling cards gets you into your seat to watch? Or rather, which gets you up out of that seat, cheering on the action?

Strife is an odd key to pro golf’s marketability, mostly because it’s endearing. Look at Brookline, where Joel Dahmen and Keegan Bradley were the fan favorites on the weekend. Not Scottie Scheffler or Will Zalatoris. The fans adored Bradley because he’s from New England, of course, but also because he’s been through some stuff. You can draw a pretty distinct line down the center of his career — there’s BBPR (before belly-putter restrictions) and ABPR (after belly-putter restrictions) — and find that his best golf was on one side of that line. His pre-shot routine looks like he’s unsure whether or not to walk across a bed of hot coals. When he won in October for the first time in four years, some 14 time zones away from his family, he couldn’t stop crying, and we couldn’t blame him. 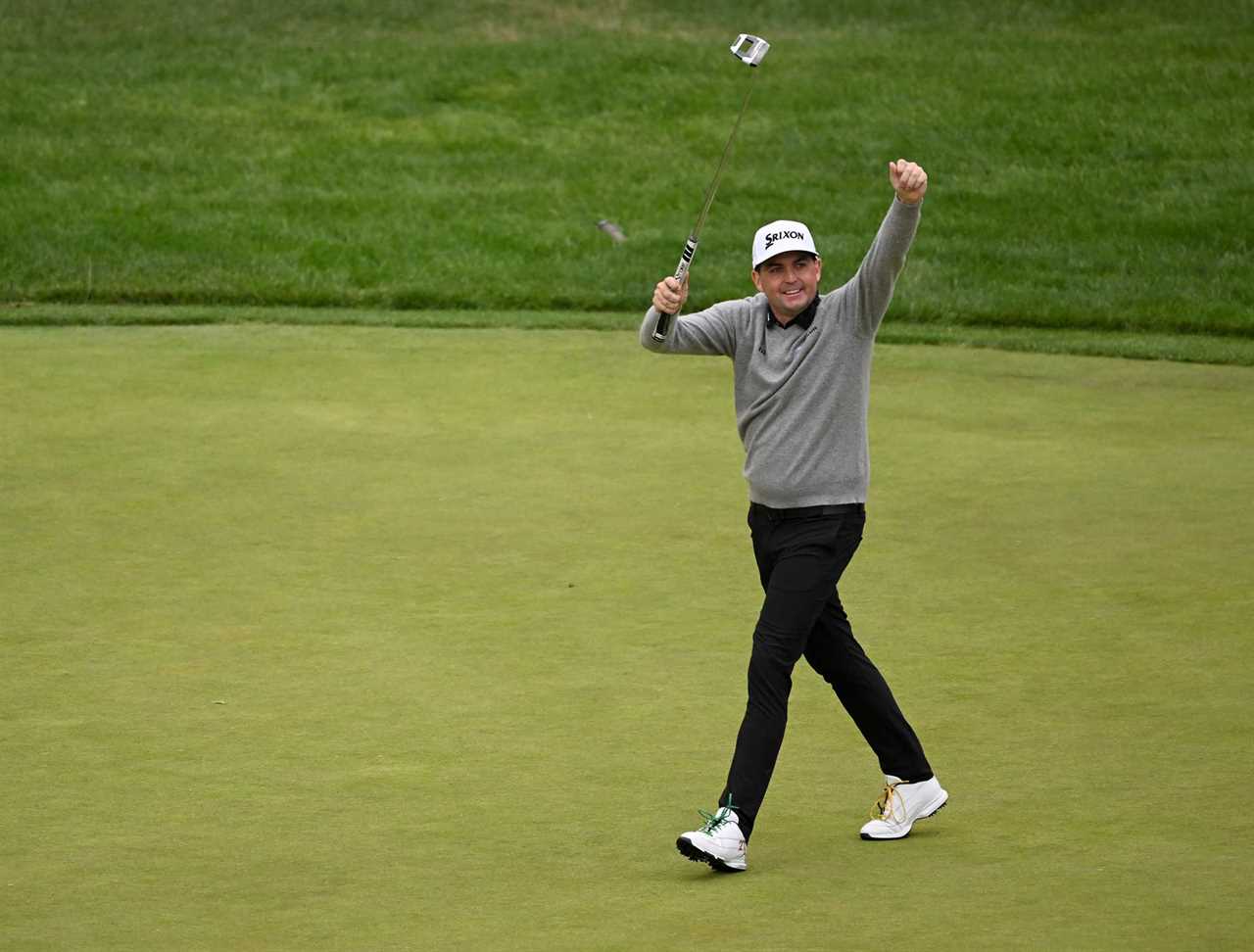 Keegan Bradley at the close of his U.S. Open at Brookline. Getty Images

As for Dahmen, Brookline fans flocked his way largely because they see a fraction of theirselves in him. Merely a fraction, to be clear, but a greater fraction than they see of themselves in, say, Justin Thomas. Dahmen seems like a simple guy but his background isn’t. He loves the media but after a long, grinding second round, it was exhausting for him to sit through interview after interview after interview. All he wanted was a beer or 10. The next day, he made zero birdies and the fans left him for other groups on the course. It got cold out there. He remembers the sinking feeling vividly.

While Joel and I traipsed together through the first round of the Scottish Open, one over through 8 and thinking we were plodding along just fine, we glanced to the nearest scoreboard. Jordan Spieth was on the opposite side of the course, five under through 8. “Do you ever look up at this leaderboards and think, ‘How in the hell are they that low?’”

It’s a peak-Dahmen quote, but speaks to why we get out of our seats for him. He’s one of the 100 best golfers on the planet but doesn’t always seem to believe it. Take a look at your own handicap and think of all the days where it feels foreign. We want pros to feel the same disbelief that we feel, just up on their penthouse level of the golf world.

The current version of Dahmen isn’t riddled with strife — he’s about to become a dad, and has played fantastic golf this fall — but he definitely keeps it in mind. He’s off to a great start this season, but if he doesn’t play well in 2023, he has no exemptions keeping him on the PGA Tour. Slumps happen. The magic carpet can fall right out of the sky. At least on Joel’s tour. 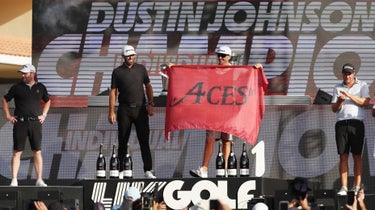 You have to strain a bit harder to see strife on the other tour. LIV Golfers will be the first to tell you they’re just as competitive out there — if not more, they’ll add — as in their PGA Tour days. But it’s been difficult to understand what’s actually at stake for them. Perhaps the enterprise is too new, too flashy, too…bankrolled. There is always a golden parachute rip chord they can pull when their golf is really bad. See how Hudson Swafford’s bank account grew by $1.24 million this year despite not once finishing in the top 25 of LIV’s 48-man fields. Zero top 25 finishes on the PGA Tour earns you a demotion.

But you already knew all that. Real strife in pro golf is FedEx Cup No. 126. Korn Ferry Tour Finals No. 26. It’s forgoing Korn Ferry starts (and points opportunities) just to miss a cut on the PGA Tour somewhere across the country. It’s Monday qualifying. It’s the Ladies European Tour, where about $27 million is distributed throughout the entire year — essentially the prize of one week in LIV Golf.

It was on the Ladies European Tour where we received our best story of The Journey all year. Amid all the lawsuits and quarreling and notes app statements that dominated headlines, there was the Sunday afternoon where David Buhai took off his caddie bib at Muirfield and trekked out to see if his wife Ashleigh, the 84th-ranked player in the world, could hold on and win the Women’s Open.

David watched while standing on a golf cart. He watched nervously from 200 yards away and watched with a frozen face some 20 feet away. The entire afternoon was an exercise in the unsettling fear that breaks down pro golfers and their biggest supporters. The triple bogey that surrendered her 3-shot lead. Her aunt Mandy exclaiming aloud, “I just want to cry.” The cameras in Ashleigh’s face inside the ropes and in David’s face outside the ropes.

David knew all too well the ups and downs of his wife’s career. He used to caddie for her himself, but loops for Jeongeun Lee6 nowadays to help make their jet-setting, last-minute-reservations lifestyle every little bit easier. Her journey from South African teen prodigy to “Will she ever get it done?” is the kind of pressure that weighs on golfers when there’s no free path. When the stakes are clear and obvious. So whenever anyone offered him a beer during the excruciating 4-hole playoff, he was always saying yes. It gave him something to do with this hands.

Perhaps you already know what happened next: David sprinted onto the green when Ashleigh made par for the win, lifting his frazzled wife in a bear hug. She had done it. They had done it. Champagne sprayed on them both.

I found David smiling through the exhales a few minutes later, chatting with a family member as his wife raised the greatest trophy of her life. “Our life’s changing,” he said. “Our lives are changing, I’ll tell you that.”

Back in South Africa, Ashleigh’s mother began compiling a commemorative book. So they could never forget her incredible achievement, surely, but to memorialize the tough times the conquered, too. 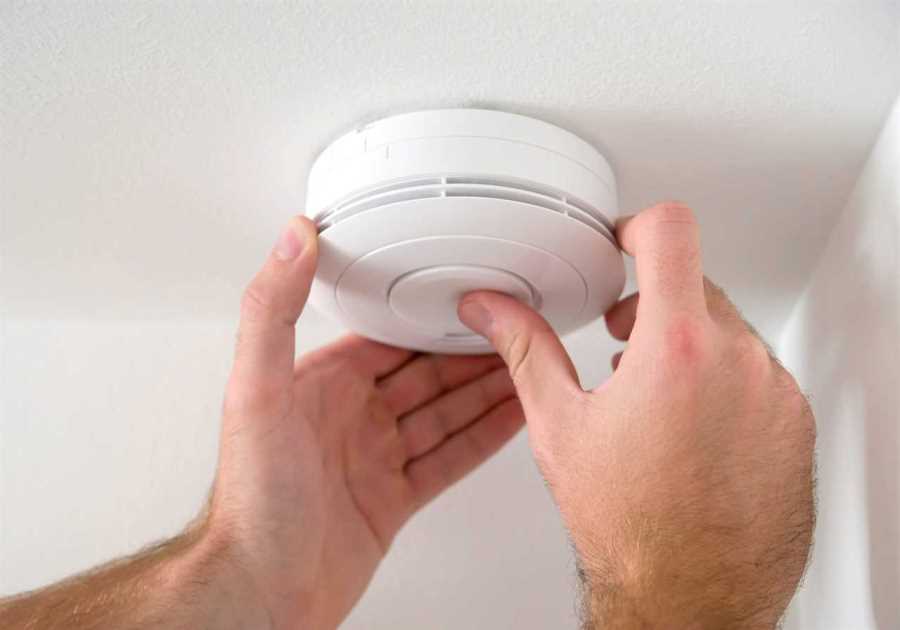 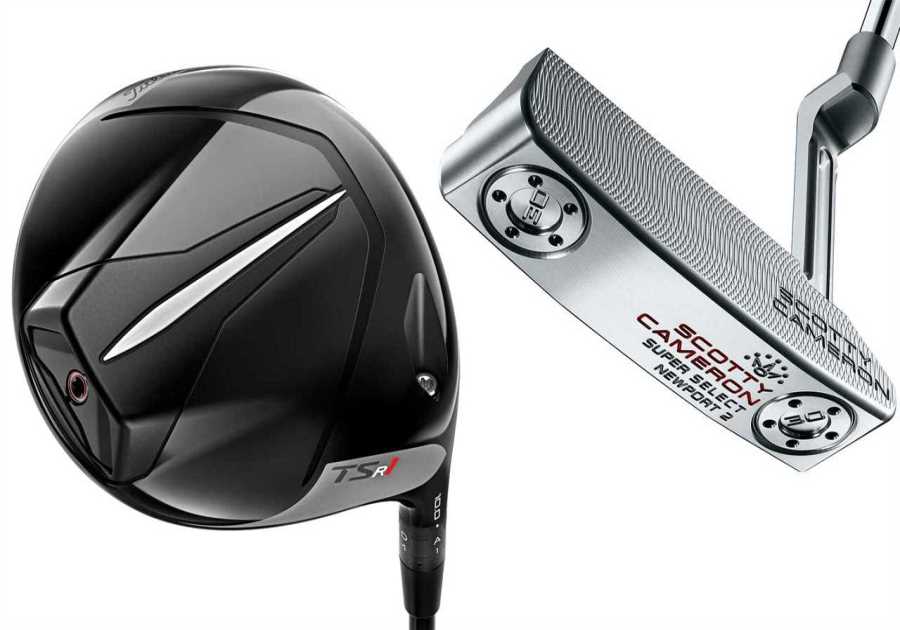 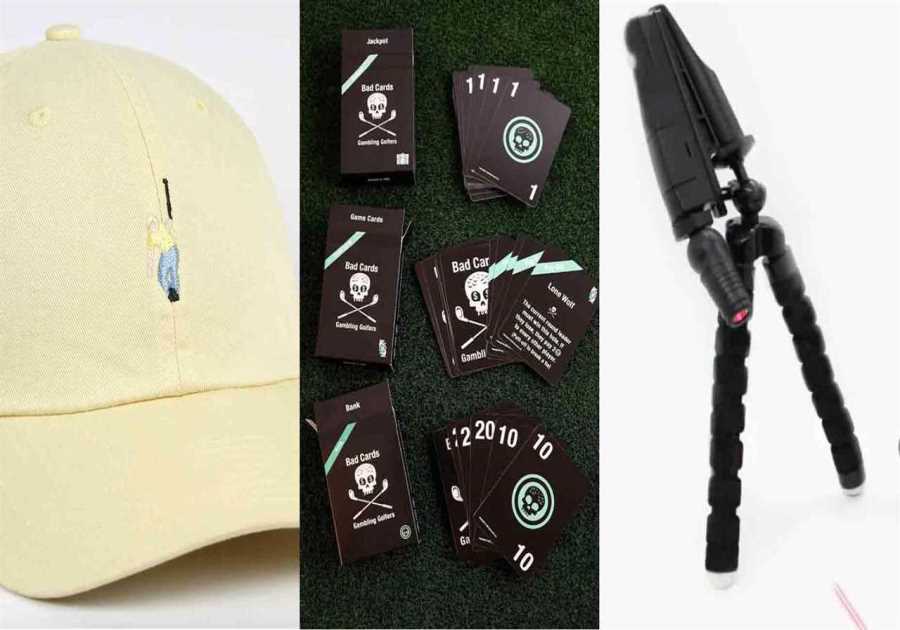