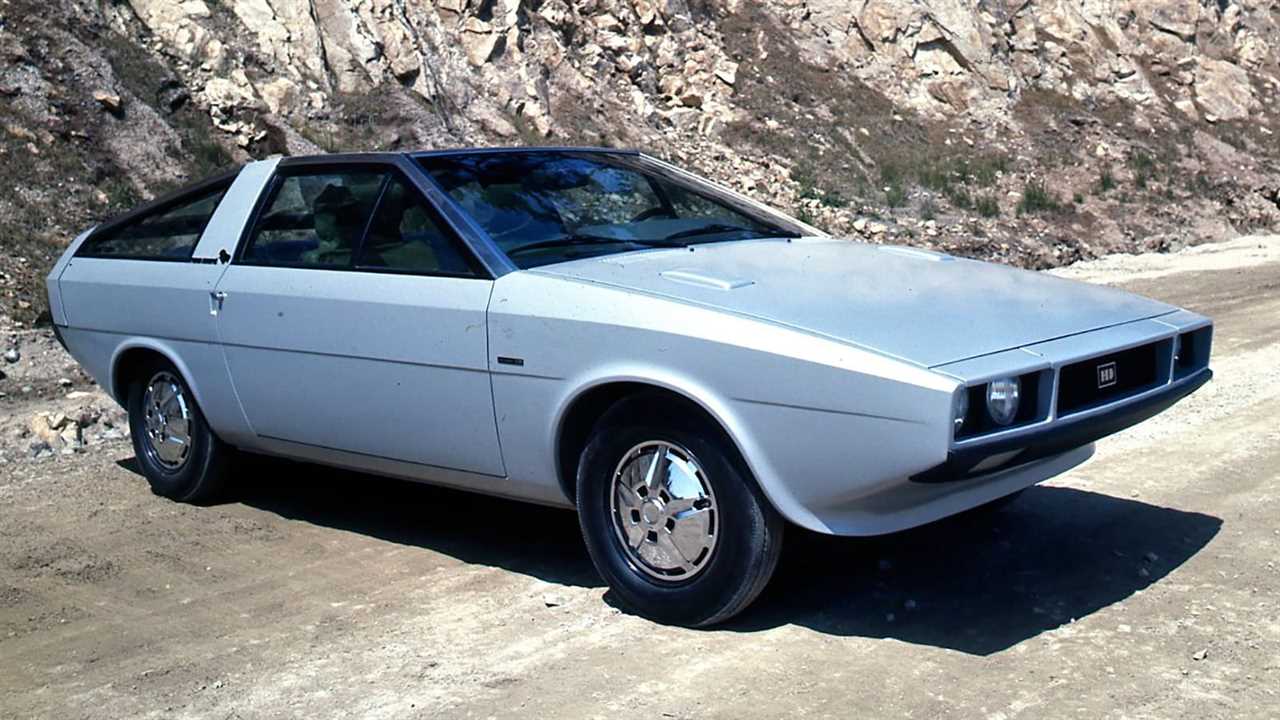 We love the Hyundai N Vision 74. You love the Hyundai N Vision 74. Now, Hyundai is teaming up with legendary designer Giorgetto Giugiaro to create a perfect recreation of the car that inspired it, the now iconic Hyundai Pony Coupe Concept shown at the 1974 Turin Motor Show. "I'm really happy that the first designer of Hyundai is coming back home," says Hyundai Motor Group chief creative officer Luc Donckerwolke, "because without Giorgetto, I would not be here. And I'm proud to show what Hyundai has done with the capital he gave us 50 years ago."

"The Giugiaro-designed Pony and Pony Coupe Concept were one of those rare creations that influenced the design of not just one but multiple production and concept vehicles including our 2023 MotorTrend SUV of the Year, the Ioniq 5, [as well as] the N Vision 74," says Hyundai design executive vice president Ssangyup Lee. "And since the original concept car no longer exists, we've commissioned Giorgetto to rebuild it."

The Giugiaro-designed three-door and five-door rear-drive Pony hatchbacks were produced from 1975 through 1990 and were the first Hyundais exported from Korea. They were built using a mixture of Ford and Mitsubishi hardware, and the sportier Pony Coupe Concept was a one-off, created by Giugiaro but never put into production. Hyundai lost track of the car years ago.

"This is a country where only tomorrow counts," says Donckerwolke, explaining why Hyundai no longer had the Pony Coupe Concept and for years hadn't bothered to keep a car whose design later influenced, among other things, the original DeLorean DMC12. But under Donckerwolke and Lee, Hyundai is now beginning to explore its design heritage. "Now we are opening the door to the past, to build up for the next 50 years."

The recreated Pony Coupe Concept will be authentic in every detail, says Ssangyup Lee. He says it could inspire a limited-edition, electric-powered restomod Pony Coupe along the lines of the Heritage Series Grandeur EV sedan unveiled at the 2021 LA Show, the first of which have just been delivered to customers in Korea.

Giugiaro says his association with Hyundai began after Hyundai founder Ju-Yong Chung saw at the 1973 Frankfurt Show the Asso di Picche concept the Italian designer had created for Audi and Karmann. Giugiaro says he thought Chung was simply a wealthy businessman who wanted a similar car created as a one off. He had no idea Chung's ambition was to launch Hyundai's first independently designed model and Korea's first home-grown mass-produced automobile.

"Fifty years ago, Korea was very different," said Giorgetto Giugiaro in Seoul after a visit to the giant Hyundai manufacturing operation in Ulsan, the world's largest single automobile factory, sprawling over 1200 acres and capable of producing more than 1.6 million vehicles each year. He'd last been in Ulsan in 1973, after chairman Chung wanted to reassure him that while Hyundai had no in-house vehicle design and styling capability at the time, it was building cars.

Giugiaro says he was flown to the plant in a military helicopter to see where Hyundai was assembling the Cortina sedan for Ford Motor Company. "When I saw they had also built half a ship, I thought that if they could do that, they could take the next step with a new car." Convinced, Giugiaro accepted a commission to design, make blueprints, and build five prototypes, one of which was a two-door coupe

Work started on the in November 1973, and the Pony hatchback and Coupe concepts were revealed at the Turin Show the following April. The Pony three- and five-door hatches went to production in 1975. Even by today's standards, that was an astonishingly fast development cycle. The Pony Coupe was intended for the North American and European markets, but the project was halted in 1981 amidst the worst recession since World War II, sparked by the revolution in Iran in 1979 and the subsequent oil crisis.

"I designed the Hyundai Pony when I was still a young designer at the start of my career," says Giugiaro. "I felt very proud that I was in charge of creating a vehicle for a company that was about to take on a fiercely competitive global market. Now. I'm deeply honored that Hyundai has asked me to rebuild it for posterity and as a celebration of the brand's heritage."

Fun fact: Over dinner in Seoul Giugiaro revealed getting the Pony hatches and the Pony Coupe prototype built in time for the 1974 Turin Show caused a major headache for one of his other clients, Volkswagen. He'd already finished designing the iconic small front-drive hatchback that would be unveiled in May 1974, a car the world would come to know and love as the Golf. Except that wasn't its original name. It was going to be called... the Volkswagen Pony. "I still have the Volkswagen Pony badges," Giugiaro chuckles.

The Pony Coupe recreation is scheduled to be unveiled next May, which gives Giugiaro about as much time to get it finished as he had for the 1974 original. We can't wait to see it.