Rivian's R1T pickup and three-row R1S SUV are getting the lion's share of public attention right now, but the upstart automaker's new electric.. 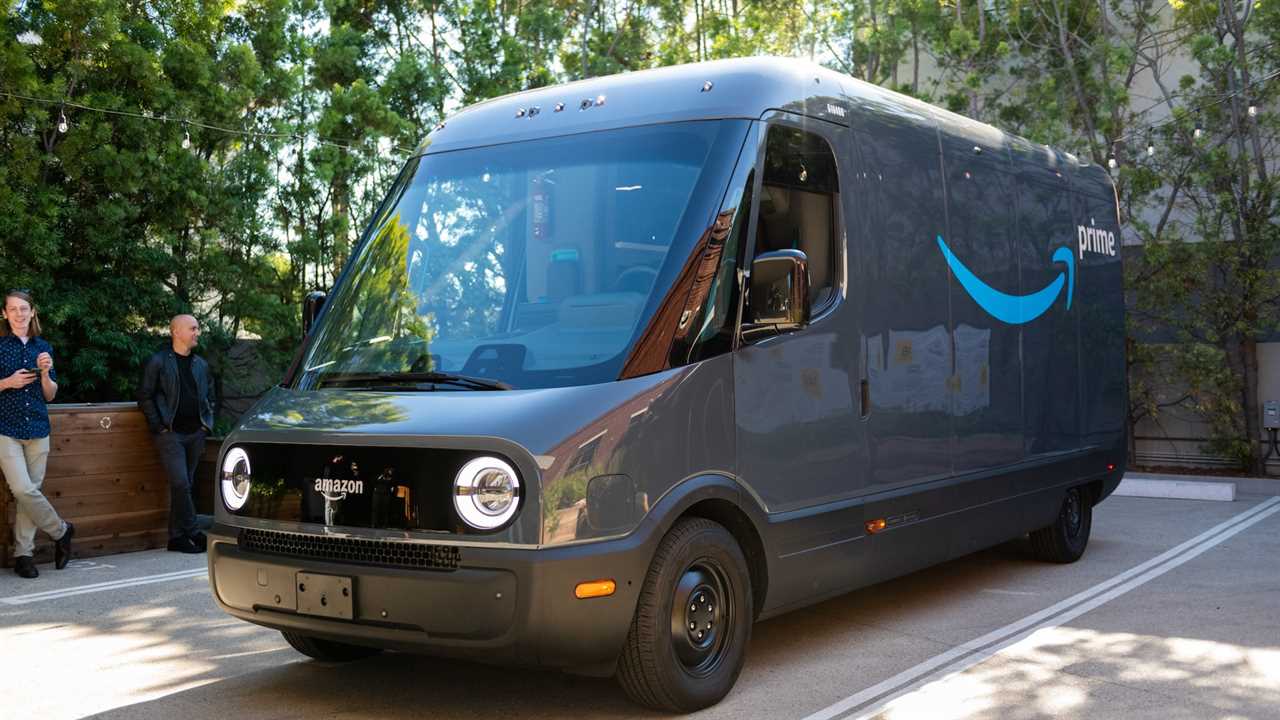 Rivian's R1T pickup and three-row R1S SUV are getting the lion's share of public attention right now, but the upstart automaker's new electric delivery van may wind up being what most of the public associates Rivian with. We've previously had the opportunity to go behind the curtain during the development process of what's become the Rivian Amazon EDV, and now that they're on the roads nationwide, the automaker invited us to check in on its production electric delivery van. Here are some things we learned.

Like the rival BrightDrop Zevo, the Rivian Amazon EDV is available in two configurations. The EDV700, pictured, is the bigger of the two. Designed to carry 700 cubic-feet of Prime packages (or other miscellaneous cargo, in the eventual Rivian-branded RCV700), the EDV700 is about the size of a standard gas-powered step van and is powered by two front-mounted motors. Rivian isn't talking power output, but it says that they're detuned versions of the front motors used in the R1T and R1S. They're backed up by Rivian's 135-kWh "Large Pack" battery, though we're told a smaller, lighter lithium iron phosphate battery pack is in the works.

Rivian says the EDV700 can travel 150 miles on a charge, and though almost all charging occurs overnight via Level 2 chargers, the van is capable of being DC fast charged at a 50-kW peak rate. The Zevo 600, as a point of comparison, has a larger 165-kWh battery pack rated for 250 miles, and can DC fast charge at rates up to 120 kW.

All Rivian vans ride on a "low feature content" version of the R1 platform, eschewing the electric pickup and SUV's fancy electro-hydropneumatic air suspension in favor of composite transverse leaf springs up front and steel springs in back. Though Rivian's consumer products offer loads of customizability, there's only one drive mode and one regenerative brake setting in the EDV, the latter analogous to the High regen setting of the R1T/R1S.

Similar to the postal service's new Oshkosh NGDV, the Rivian Amazon EDV's duty-cycle informed a lot of the design decisions around the van. With an expected 7-to-10-year and 300,000-mile lifespan, Rivian wanted to ensure the EDV presented itself as a friendly face in the neighborhood. The van's cartoonish looks serve a functional purpose, too. The low, stubby nose and massive electrically-heated windshield provide exceptional visibility (confirmed when Rivian design chief Jeff Hammoud knelt directly in front of the van), the black molded plastics hide damage well and are cheap to replace, and the steel bands that make up the sides of the van are modular—remove a set and the EDV700 magically shrinks into the EDV500. The Mercedes-Benz Sprinter-sized EDV500 is also narrower than the '700—in fact, the right side of the dash features a small extension panel that is removed for the EDV500.

Safety and driver comfort were prime considerations in the EDV's development. On the former front, the Rivian van is unique in that it includes both passive and active safety features. The Rivian van sports driver, curtain, side, and thorax airbags, 360-degree cameras and ultrasonic sensors, automatic emergency braking, blind-spot monitoring, and even Rivian's Driver+ advanced driver air, among other things.

Rivian also optimized the design of the van around the driver. The heated and air-conditioned (not just ventilated) seat is designed to be comfortable for a 12-hour shift, and is positioned at a height designed to make getting in and out easy on the body. The van offers up both dash-mounted cupholders and storage behind the driver's seat, and the infotainment system—a modified version of the R1S and R1T's software suite—allows the driver to listen to the radio or stream music.

Drivers will start their shifts by scanning a QR code displayed on the infotainment screen with their Amazon device, which automatically populates their route for the day and displays navigation instructions both on the center display and digital instrument cluster.

Pull up to a delivery address, put the EDV in park, and the address information is highlighted on the screen while the rear cargo partition automatically motors open. The cargo area—which is designed to allow a "95th-percentile male" to walk through—is outfitted with LED lights and Amazon-spec magnesium shelves from the factory, making it easy for the driver to grab their boxes, pop out the passenger-side pocket door to make the delivery, and then get back on the road again.

Rivian is currently hard at work building the 100,000 EDVs promised to Amazon. It says that the 1,000 vans it's supplied so far have delivered more than 5 million packages in 100 cities since July. Like BrightDrop with FedEx, Rivian is actively looking at expanding its customer base beyond Amazon in the coming years.

Did you miss our previous article...
https://247healthdaily.com/cars/what-is-a-1970-aar-cuda-and-why-should-i-have-one-in-my-driveway